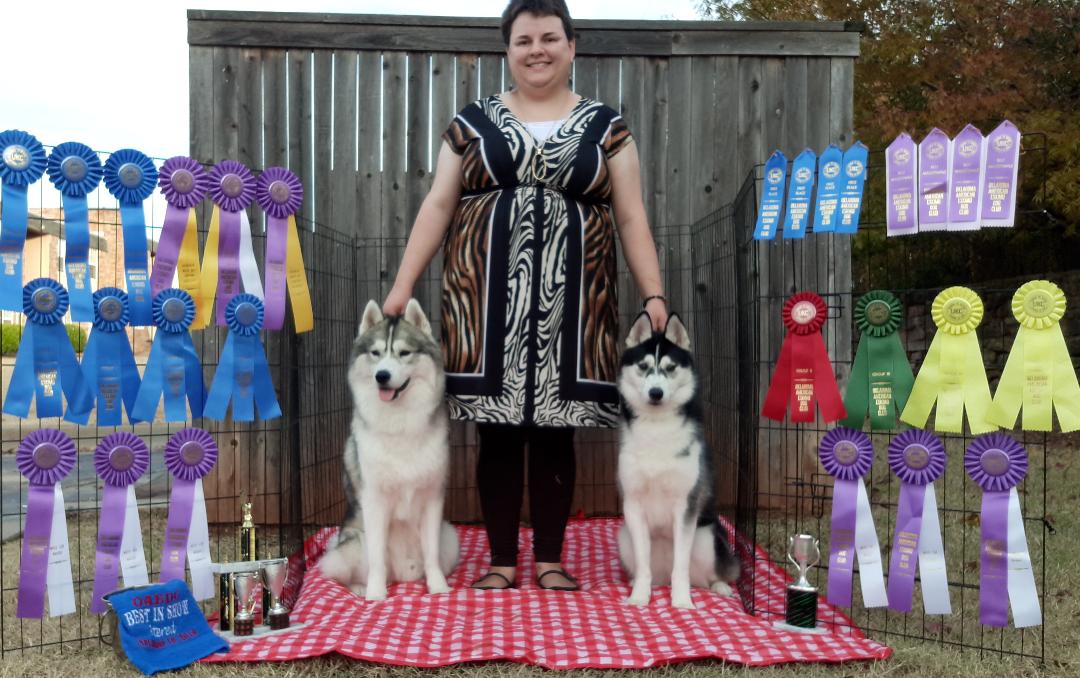 9/7/19 - Shiva winning Best of Breed and Owner-Handled Best of Breed at the Elk City, OK show under Judge Mr. Darryl Vice. She went on to win both on Sunday as well. Way to go, Sandy and #ShivaTheDiva! 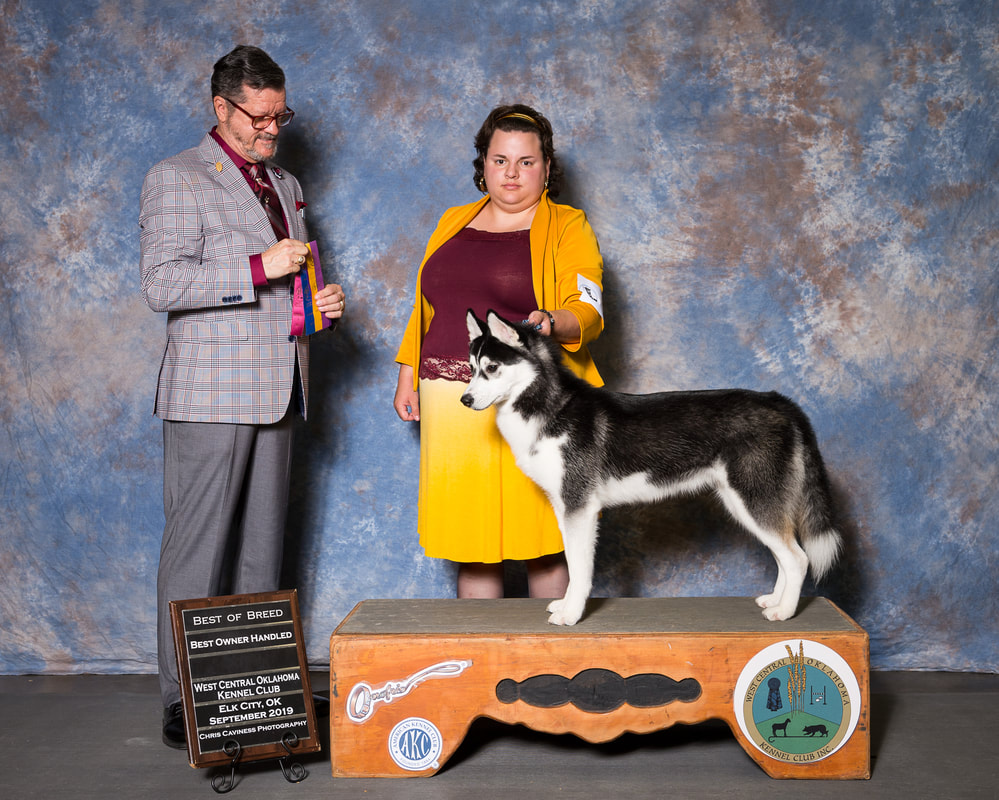 6/9/19 - Shiva is pictured below at the IABCA Sooner Sieger in Oklahoma City, OK, after winning Reserve Best Puppy In Show and Best Bred-By Puppy In Show on her 6-month birthday! She also won Reserve Best Bred-By Puppy In Show the day before, and earned 5 SG-1 (Excellent) ratings over the weekend to finish all 3 Baby Puppy Championship levels (National, International, and Honors).
Thank you to judges Janis Grannemann, Gloria Kerr, Carol Jean Nelson, Patricia Aida Mendoza, and Ann Schilling Gray (not pictured) for recognizing this girl's correct proportions, movement, and front assembly.
​We are so proud of #ShivaTheDiva and her mom Sandy! 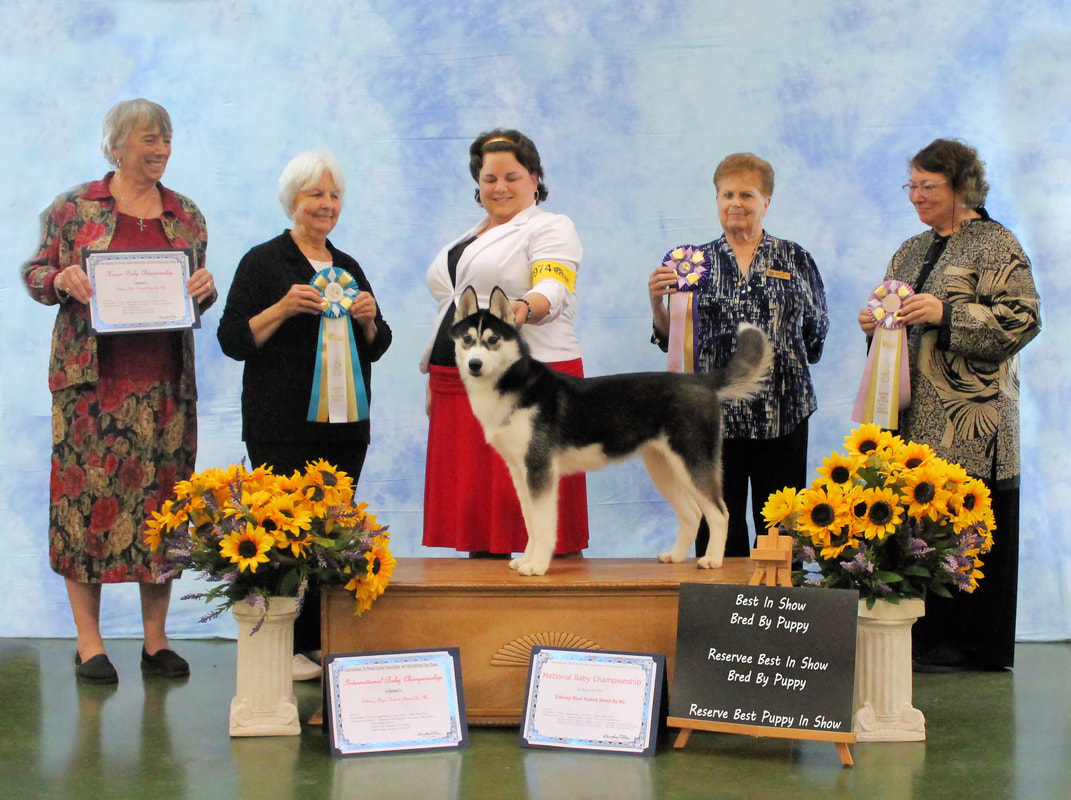 ​4/20/19 - Shiva is pictured below with Judge Mrs. Linda Clark, the Best Puppy In Show judge at the NWAKC show in Fayetteville, AR. This was Shiva's first ever show, and she earned both a Baby Puppy Best of Breed and Working Group 1st under Judge Mrs. Anne Katona. Both judges had wonderful things to say about Shiva's correct front and effortless movement. We are so happy - the two of them are off to big things! 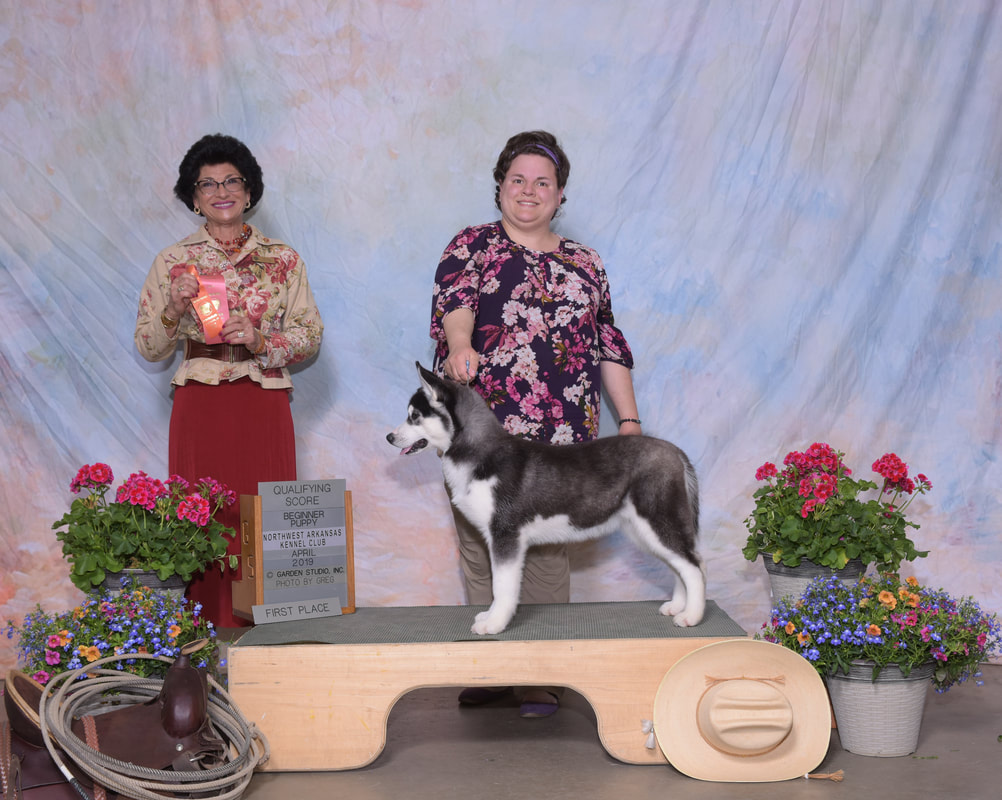