When Should I Spay or Neuter My Dog?
(Written by Sandy Hudspeth)

Responsible breeders and responsible pet owners know it is important not to allow dogs to breed willy-nilly.
There are thousands of Siberian Huskies relinquished into shelters and rescues across the U.S. each year, and the vast majority of those come from "oops" litters, irresponsible breeders who did not screen their puppy homes, and owner surrenders when those puppy homes realize what a huge commitment a Siberian is and decide they are no longer interested.

As a preservation breeder of Siberian Huskies, we are not interested in contributing to the population of Siberians in shelters, and so we require all of our dogs not being kept for show or breeding to be spayed or neutered in order to minimize this possibility. This also eliminates the risk of mammary, uterine, ovarian, and testicular cancers, and can minimize unwanted behaviors such as male humping, marking, and escaping to roam in search of a mate. It also eliminates the risk of pyometra in females, a devastating uterine infection that can quickly become fatal if not detected early.

However, there are cons to spaying and neutering, as well as a right and a wrong time to have a dog altered.

We strongly advise against "early spay and neuter," which entails surgical removal of the testicles or uterus/ovaries before the age of 6 months, often as young as 8-12 weeks! It is often touted by veterinarians as a way to prevent unwanted behavior issues before they can even start, as well as preventing unwanted litters in pups and young dogs adopted from shelters and rescues. This is extremely detrimental to the dogs' health; dogs on average do not reach physical and sexual maturity until 18-24 months of age, and the presence of their sex hormones is what signals their bodies to stop growing at the appropriate time. Dogs who are altered too young often grow larger than their unaltered littermates, with longer limbs and thinner bones that are more prone to breaks and muscle/tendon tearing. Besides which, dogs who are not allowed to develop with normal hormones are often *more* prone to behavior issues such as nervousness, aggression, and fear-biting, not less.

Even 6 months is honestly too early for most dogs to be altered. As stated above, the dogs are still not mature at this age, and the growth plates of their bones have still not closed. Think about it this way: it is hard enough on a woman (or a man, if he has his testicles removed completely rather than having a vasectomy) to have such a procedure done in the late 40s onward, long after reaching physical and sexual maturity. Now imagine they instead opted to do this when they were 10-12 years old. That is, in essence, what we are doing when we alter a dog before they reach 1-2 years of age.
​There are other, more serious health issues to consider as well. Statistically, dogs who are altered before sexual maturity are more likely to experience:
* Hip Dysplasia
* Early Onset Arthritis
* CCL (canine cruciate ligament, analogous to human ACL) tears
* Hypothyroidism
* Obesity
* Broken Bones
* Hemangiosarcoma (cancer that is almost 100% fatal, often within 6 months of diagnosis)
* Osteosarcoma (bone cancer)
* Lymphosarcoma (immune system cancer)
* Mast Cell Tumors (another near-100% fatal cancer)

So, while it is very important to do what is best for your dog and your household, it is also important to consider that the old guidelines still recommended by many people are outdated and, in many cases, even dangerous. Current studies indicate that it is safest to wait until the animal is at least 1 year old, preferably even 2 or older, before having them spayed or neutered.

While the choice is ultimately yours, we also encourage that you follow this timeline with any Echoing Wind puppy, as we have seen the results of early spay/neuter in a few of our pups and they were not pleasant for either dog or owner.

Below are some helpful articles if you would like to do some further reading:
"Your Dog Needs To Be Spayed Or Neutered – Right?" by Will Falconer, DVM
"Long-Term Health Risks and Benefits Associated with Spay/Neuter in Dogs" by Dana Scott
"10 Reasons Why You Shouldn't Spay/Neuter Your Dog" by Amanda Ferris
"Spay Neuter And Joint Disease" by Dana Scott 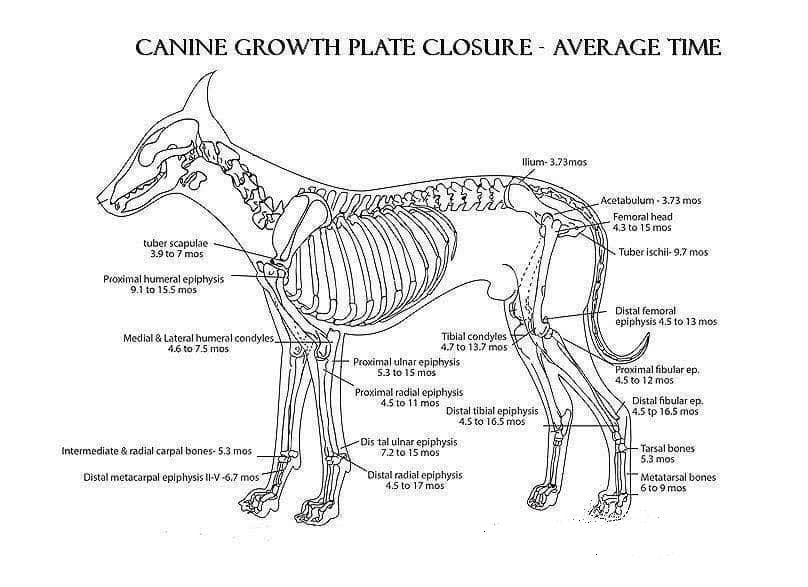